Kongō Gumi Co., Ltd., a Japanese company that was then acquired by Takamatsu Construction Group, for which it continued to operate as a subsidiary, went bankrupt in 2006. This would be of little consequence, beyond the peculiar activity to which it is dedicated (construction and maintenance of Buddhist temples), were it not for the fact that Kongō Gumi is-or was-the oldest company in operation: at the time of its liquidation it was one thousand four hundred and twenty-eight years old. 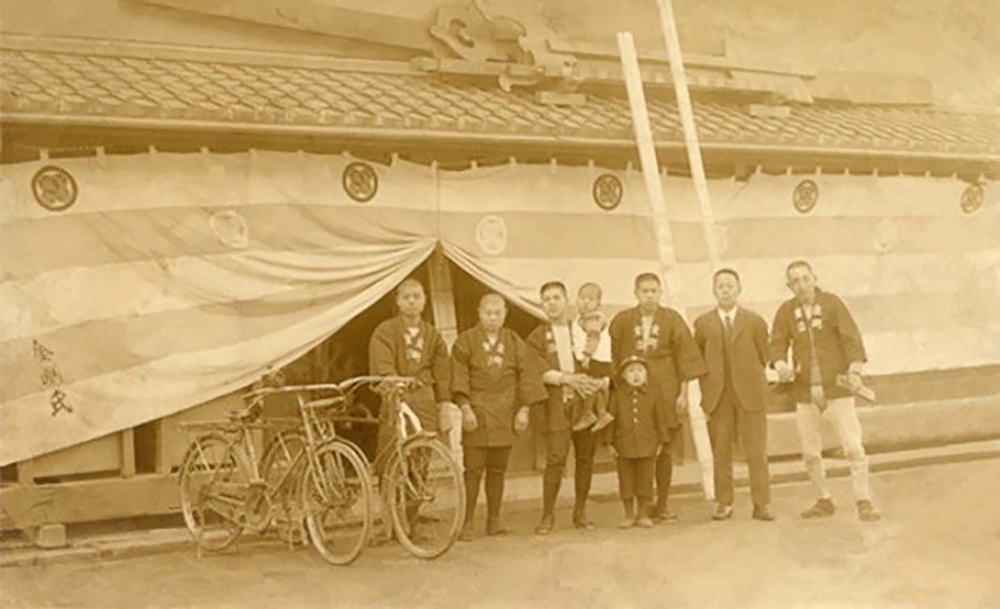 The company was founded in 578 AD in Osaka and on the initiative of Prince Shōtoku, also known by the names Umayado and Kamitsumiya. Son of Yōmei Tennō, the thirty-second emperor, whom he succeeded after his death in uncertain circumstances—it is not known whether from illness or assassination, in the confusing context of the struggle between Buddhists and Shintoists—Shōtoku not only occupied the regency (his mother was only a concubine) but became a reverential figure for his protection of Buddhism, initiating an artistic period dedicated to that faith called Asuka.

In fact, legends arose about him, such as that of his meeting with a seriously ill beggar whom he took in until his death and who turned out to be Bodhidharma (a Persian monk who preached in China and was the founder of Zen Buddhism) or that which identified the prince with the reincarnated Buddha himself, hence the abundance of statues of him with that appearance. In any case, he was a notorious champion of that religion, which he considered a good instrument in his goal of putting an end to regionalism and uniting the country around the throne. This would prove decisive for the emergence of Kongō Gumi. 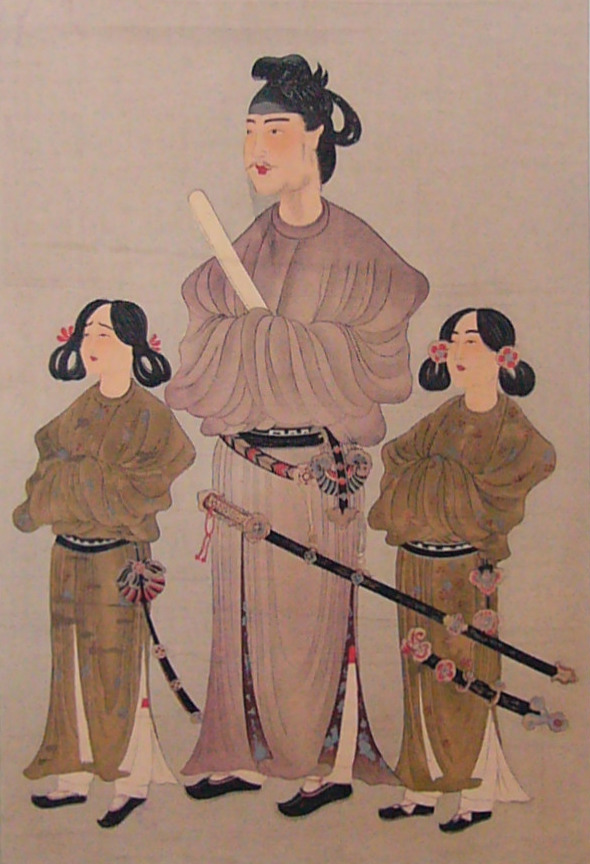 Actually, Kongō was a Korean surname, specifically that of a family originating from Baekje, one of the three kingdoms of Korea (the one located in the southwest of the peninsula, with center in what is now Seoul), which between the 6th and 7th centuries constituted a radiating focus of Buddhist missionaries and Chinese culture in general that Shōtoku wanted to imitate. The Kongō, or some of their members, led by Kongō Shigemitsu, traveled to Japan hired by Shōtoku to build the first temple in the country dedicated to Buddhism, since their trade was carpentry and that kind of work was made of wood.

This temple is the Shitennō-ji, which was completed around 593 and still stands in Osaka, although it is true that it has had to be restored several times and most of its current structure corresponds to the last intervention that was made, in 1963. The prince was so satisfied that he made more commissions to the Kongō and to them we owe, at least in part, other famous Japanese buildings, such as the Hōryū-ji (a temple-monastery located in Okaruga, Nara prefecture, and protected as a World Heritage Site) or the oldest structures of the photogenic ‘Ōsaka-jō (the Castle, one of the great tourist attractions of the city). 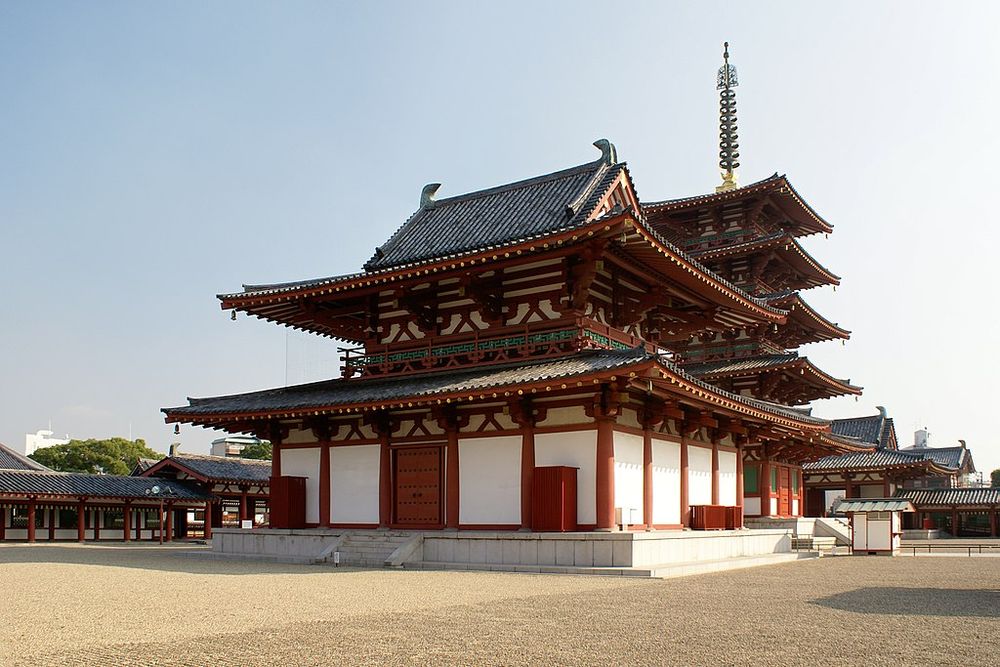 Therefore, those Koreans did not return to their country but settled in Japan, giving rise to a family business, the Kongō Gumi, which, as was customary at the time, grew through marriage. The men who married the women of the clan adopted the patronymic and became members of the company. In this way, the survival of the Kongō Gumi was guaranteed when there were no male descendants in any generation. A scroll three meters long, dating from the seventeenth century, lists the names of the members of these generations, which today number forty.

The works of the Kongō Gumi had the imperial patronage and the approval of the Japanese Buddhists, increasingly numerous after overcoming the armed opposition of the Shintoists (in fact, the trend was for the two currents to integrate harmoniously), which boosted its growth. Of course, there were moments of crisis.

One of the most important came in the 19th century, during the Meiji Restoration, when the emperor promoted the Shinbutsu bunri, the separation between the two religious currents in favor of a state Shintoism. This unleashed in some areas the Haibutsu kishaku, a violent wave against everything related to Buddhism that forced the government to intervene to bring order, making it clear that separation did not mean destruction. As a result, Buddhism, which clung to its traditional forms and refused to adapt to Western-style modernity, lost social influence and fell into disrepute. 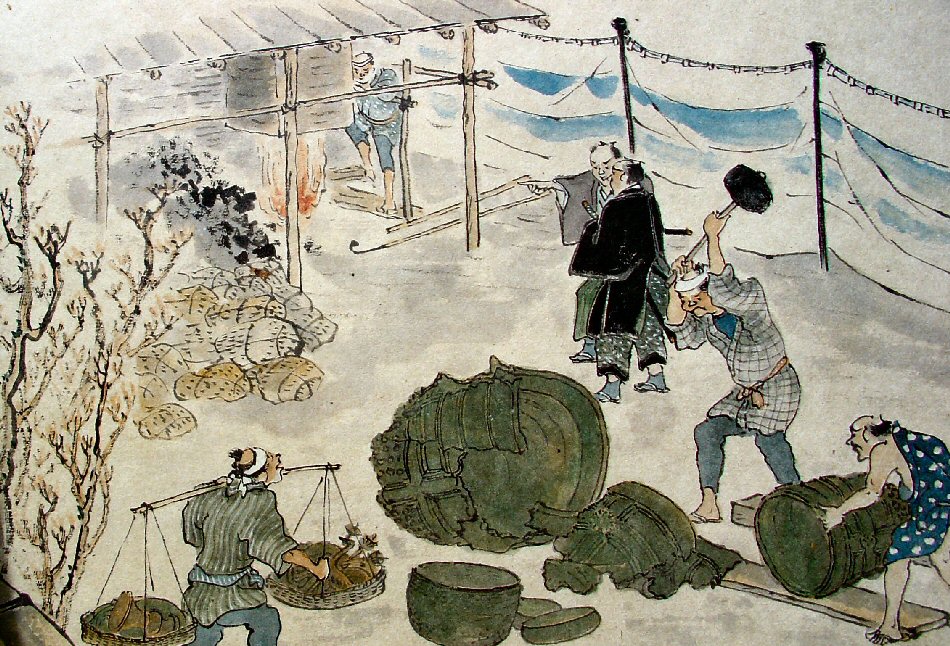 As a result of this situation, many Buddhist temples were converted to Shinto worship, which affected Kongō Gumi’s business, as he had to give up building temples in favor of houses. But there is no evil that lasts a hundred years and the company was reborn in 1912, at the death of Emperor Meiji, recovering the Shokuke kokoroe no koto (a kind of company manual that explained its philosophy, work methodology, staff behavior, etc.) that Yoshisada Kongō, the thirty-second owner, had written.

This manual detailed from how to dress to the obligation of employees to be literate, passing through the decade-long training period to become a sho daiku (master carpenter, a title given only to members of the clan) or the requirement of good customer service. Above all, however, family ownership had to be preserved, so if it was necessary to break a tradition, it was done. That is why when the economic depressing of 1929 seriously affected the business, its owner at the time, Haruichi Kongō, took his own life and a woman, Yoshei Kongō, had to take the reins for the first time. 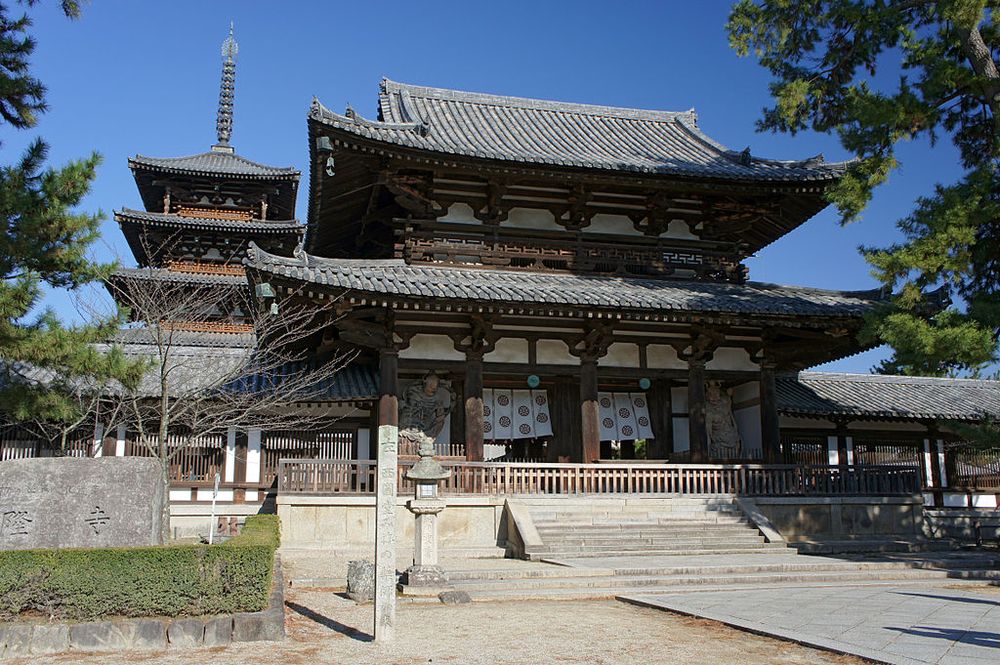 Yoshei, who took over in 1934, managed to save the delicate situation thanks to the international context. The Second World War, in which Japan was one of the main belligerent powers, caused a large increase in mortality and the consequent demand for coffins, and this was the salvation for Kongō Gumi, which eventually changed the direction of its wood production: from building temples to making coffins for the army. The demand for work was assured until 1945. After the effects of that war nightmare were over, in 1955 it was officially registered as a company, under the name Kongō Gumi Co., Ltd.

By then it was no longer limiting its business to temples and gardens but to general construction, but everything it overcame in earlier times paled beside the stiff competition of the 20th century, perhaps because it was still clinging to its old business concept: the staff was divided into kumis, or groups of five to eight people, who competed with each other to present the best project when they received a commission. The top management, led by a master or president (not hereditary by primogeniture, but by aptitude), judged which was the best and awarded the work.

Gradually, the company accumulated losses and went into debt by buying real estate. In the 1990s, when the Japanese real estate bubble burst and religiosity declined, Kongō Gumi Co., Ltd. was mortally wounded. In 2005 it had eighty employees and annual revenues of seven and a half billion yen (about seventy million dollars approximately), but with debt exceeding four billion. Its last president, Masakazu Kongō, had to throw in the towel.

Man was cited for driving a cooler box without license

Police in Australia said a man was cited for driving without a license and officers confiscated his unusual vehicle -- a motorized cooler. The Swan...
Read more

An 82-year-old woman was seen hanging upside down after accidently falling over the 19th-floor balcony of a building in China, in a horrifying incident...
Read more
Previous articleSnake bite kills chef 20 minutes after chopping off snake’s head
Next articleIn Argentina, capybaras invade an upscale gated community