Hugo Xavier became one of the first people to cross the world’s longest pedestrian suspension bridge when it opened on Thursday near his tiny hometown of Arouca in northern Portugal.

“Oh…here we go!,” the 42-year-old said anxiously as he gathered enough courage to step onto the see-through metal grid pathway of the 516-metre-long (1693-ft) bridge alongside his equally jittery partner and a tour guide. 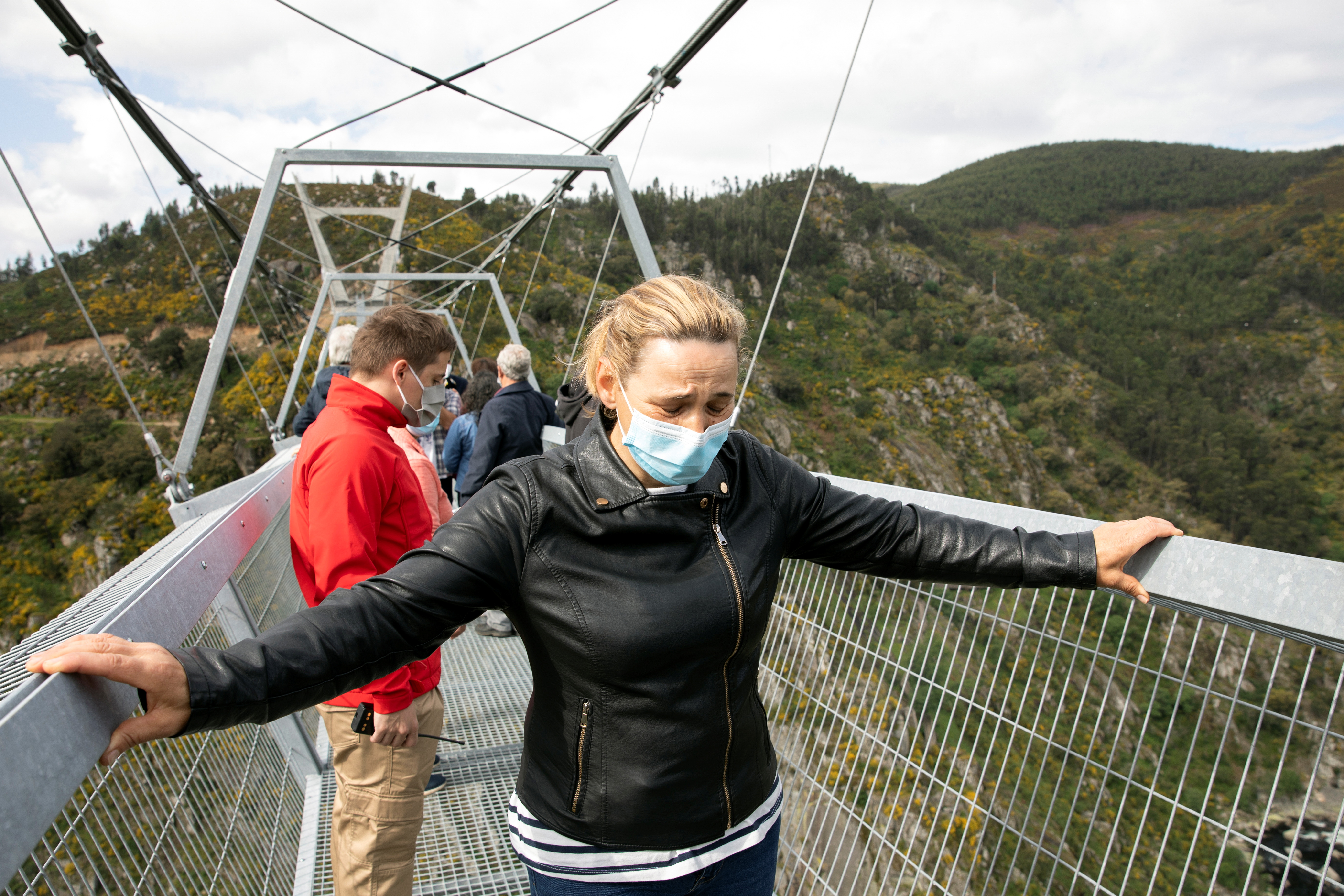 Hidden between rock-strewn mountains covered with lush greenery and yellow flowers inside the UNESCO-recognised Arouca Geopark, the bridge hangs 175 meters above the fast-flowing River Paiva.

The landscape is calm, but the crossing is not for the faint-hearted. Held up by steel cables and two massive towers on each side, it wobbles a little with every step.

“I was a little afraid, but it was so worth it,” a relieved Xavier said already on the other side. “It was extraordinary, a unique experience, an adrenaline rush.” 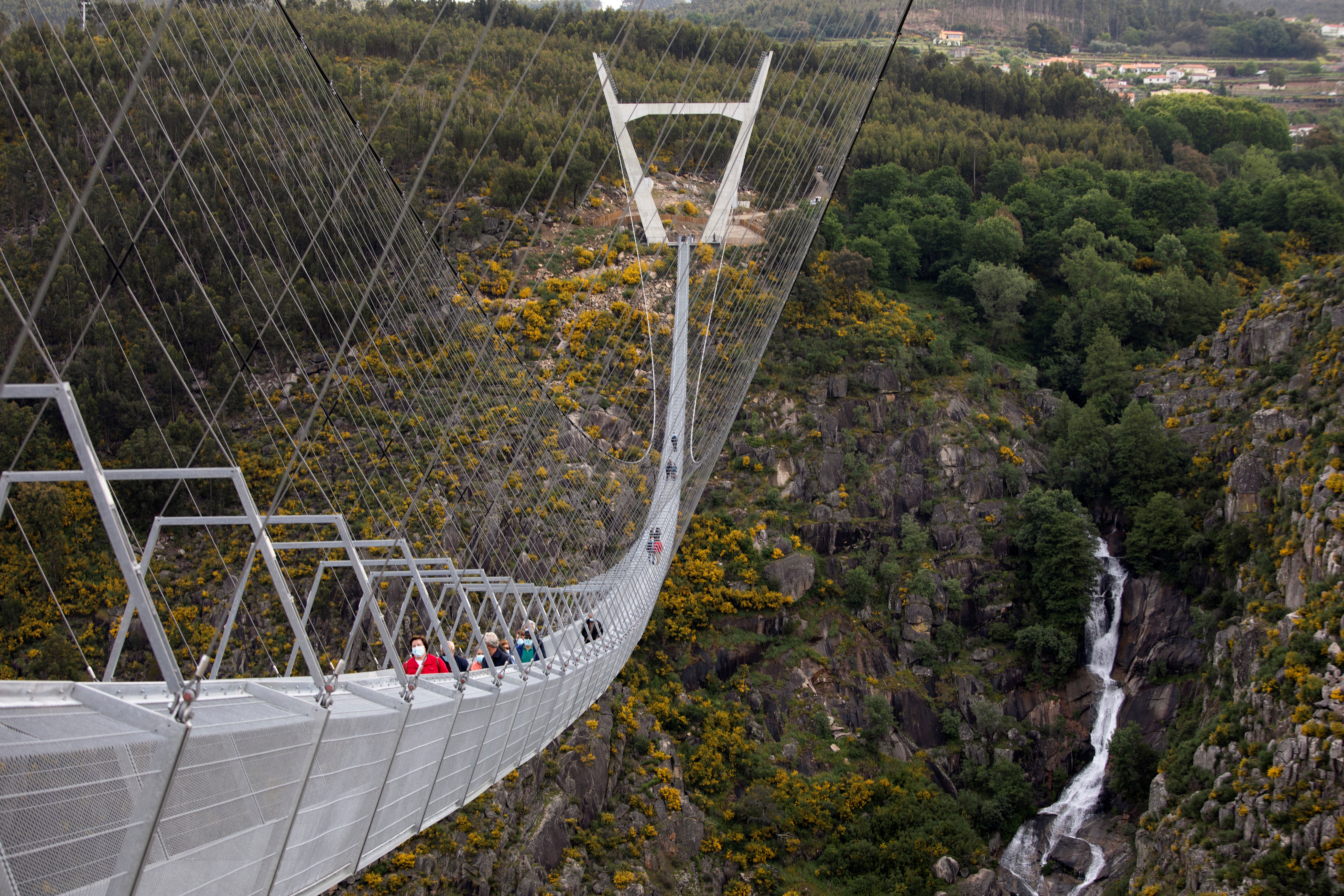 The bridge opened only to local residents on Thursday, but from Monday everyone can book a visit. 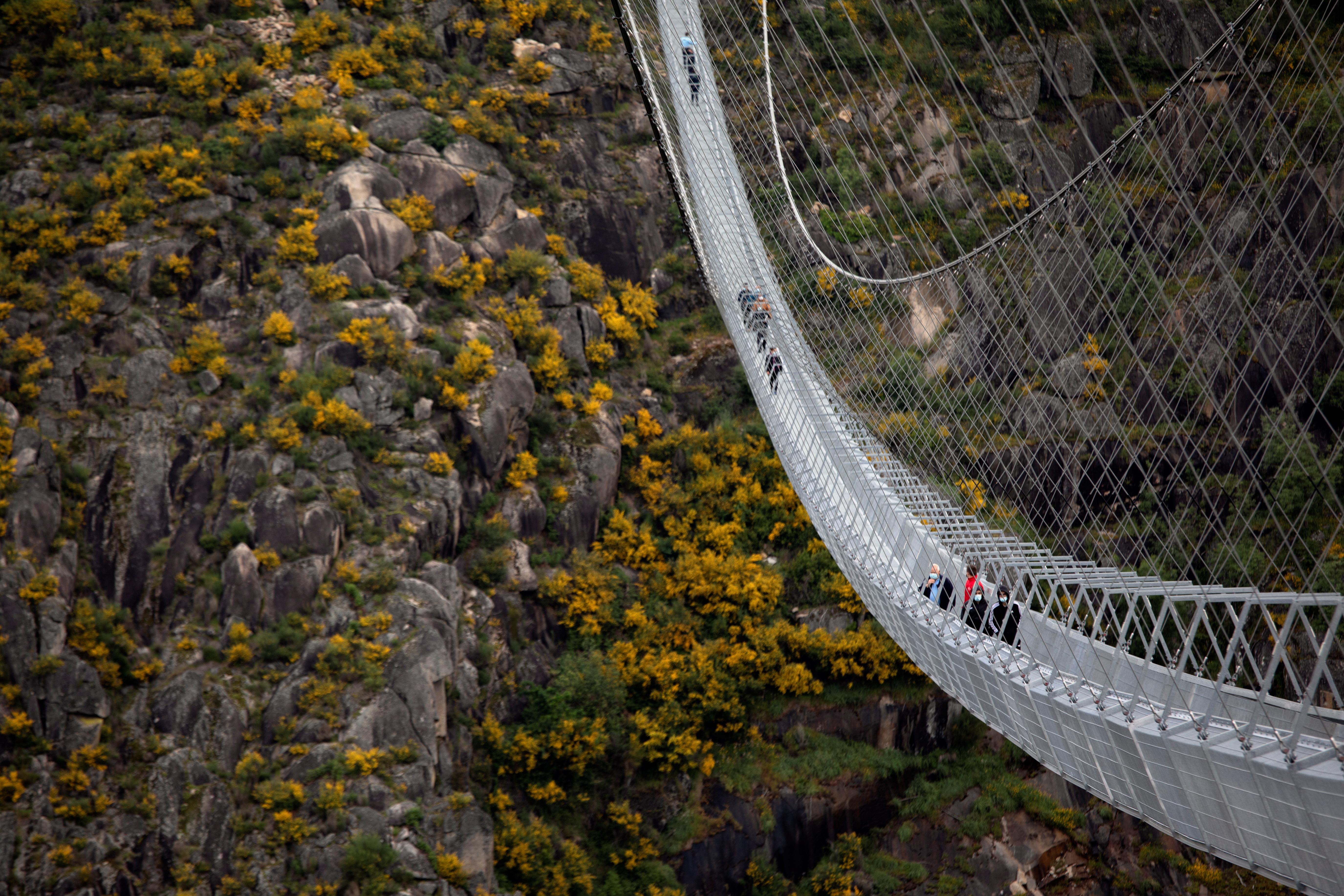 Locals hope the attraction, which cost about 2.3 million euros ($2.8 million) and took around two years to build, will help revive the region, especially after the devastating COVID-19 pandemic.

“It is a breath of fresh air for our land because it will attract more investment, more people,” said tour guide Emanuel, adding that the region was rapidly ageing as many young people moved to big cities. “It will bring a new dynamic to Arouca.”

Standing on the bridge, the mayor of Arouca, Margarida Belem, said the bridge was part of a wider strategy to encourage more people to move and stay in the region.

“There were many challenges that we had to overcome… but we did it,” the visibly proud mayor told Reuters. “There’s no other bridge like this one in the world.”

(Image: John Wood) A couple have revealed how they got the shock of their lives, when their romantic anniversary meal was gate-crashed by a boat...
Read more

Scientists have been able to take a close look at the last meal eaten by a man in the Iron Age after his body...
Read more

A "dead" man was spotted breathing in an open coffin by stunned mourners – before he was pronounced alive by hospital staff. The bizarre incident...
Read more
Previous articlePeople Are Just Learning The Adorable Way You Weight A Koala
Next articleMars On Earth