Although more than 95 percent of animal species are said to be smaller than your thumb, the vast majority of the creatures on display in museums around the world are vertebrates—dinosaur skeletons, dioramas of African savannah with lions, zebras, and buffaloes, and taxidermied monkeys and birds. Big animals are beautiful to look at, and their anatomy is similar to ours—skeletons, eyes, and limbs. However, focusing solely on invertebrates does not accurately represent the animal kingdom’s diversity. 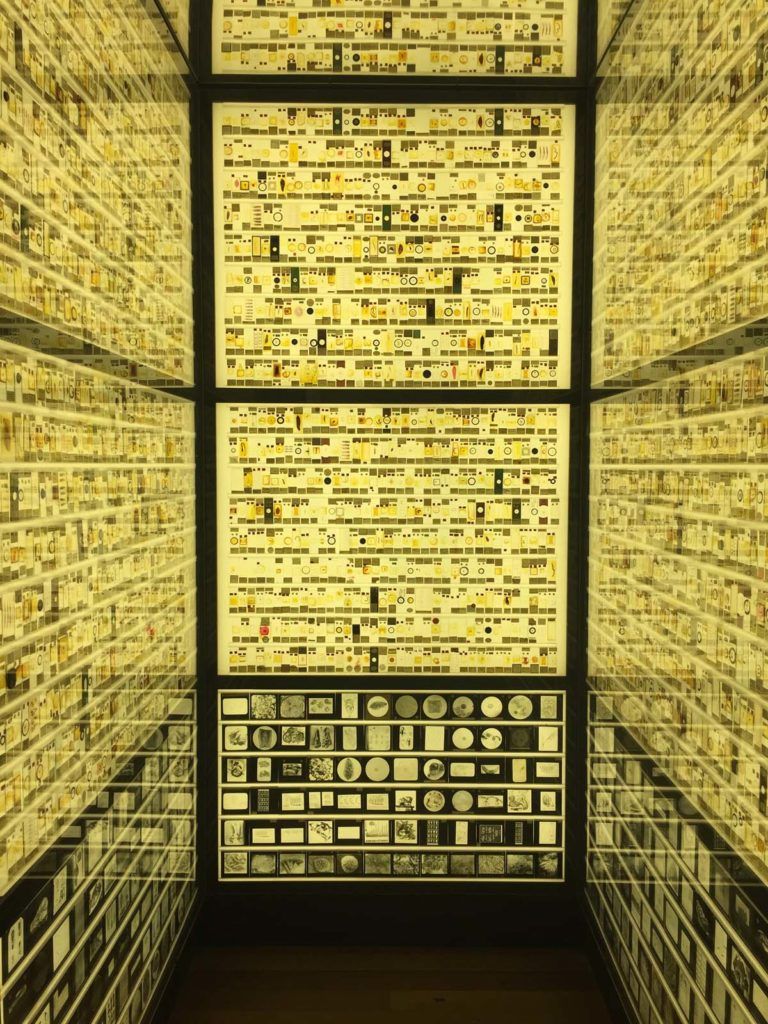 Many museums have thousands of zoological microscope slides of invertebrates, but only a few have them on display. A new “Micrarium” at University College London’s Grant Museum of Zoology aims to remedy this. Two thousand slides line the walls of the Micrarium, which is lit from behind. Visitors can see details such as the leg muscles of fleas and the cross section of a fly. In addition to whole animals, the Micrarium has sections of larger animals such as squid and microscope slides of whales, mammoths, and giraffes.

Despite the fact that two thousand slides is a large number, the entire collection fits snugly inside a walkable closet-like thing that was previously used as a storeroom. The ceiling is mirrored, giving the impression that the collection goes on indefinitely.

“The wow we’re getting [at the Micrarium] is from the volume and the prettiness of the display,” acknowledged  Jack Ashby, Manager of the Grant Museum of Zoology. “One specimen on its own wouldn’t get the same response.”

Announcing the opening of the Micrarium in 2013, Jack Ashby wrote:

The Micrarium at the Grant Museum is an experiment. We are trying something new with no real idea of how people will respond. Given their sheer number – meaning that attempts to label them individually would be impossible – the intention isn’t for visitors to get specific insights into individual specimens or species, but to appreciate the sheer vastness of invertebrate diversity. There may be 30,000,000 species on the Earth, nearly all of them invertebrates, so obviously the number we display here is miniscule, but it’s a step in the right direction for museums. 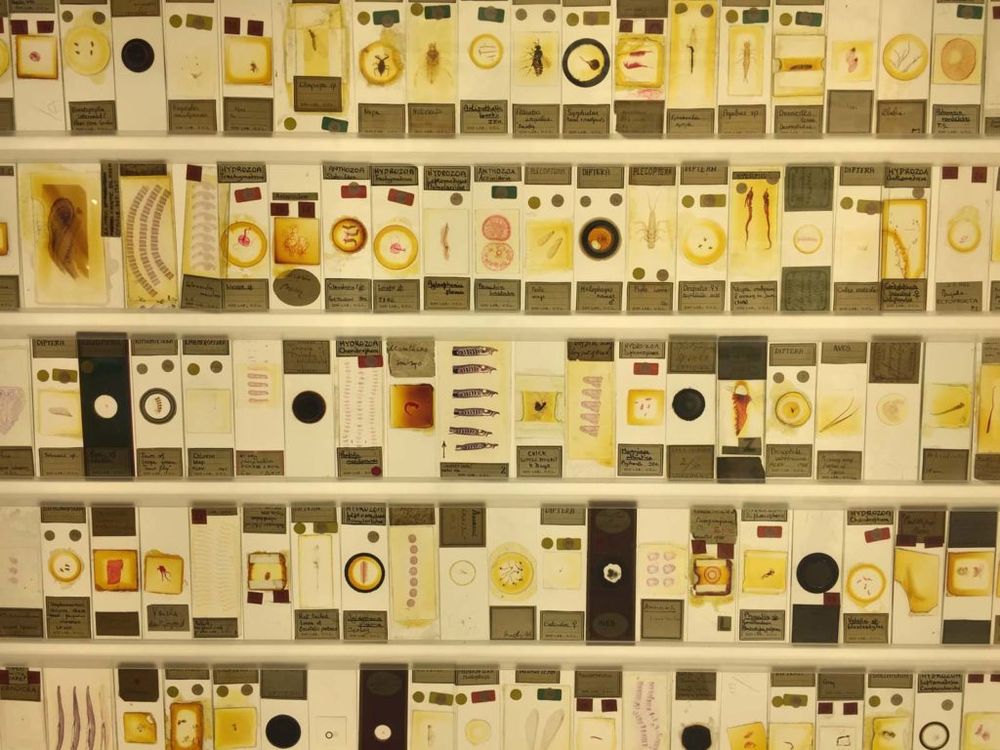 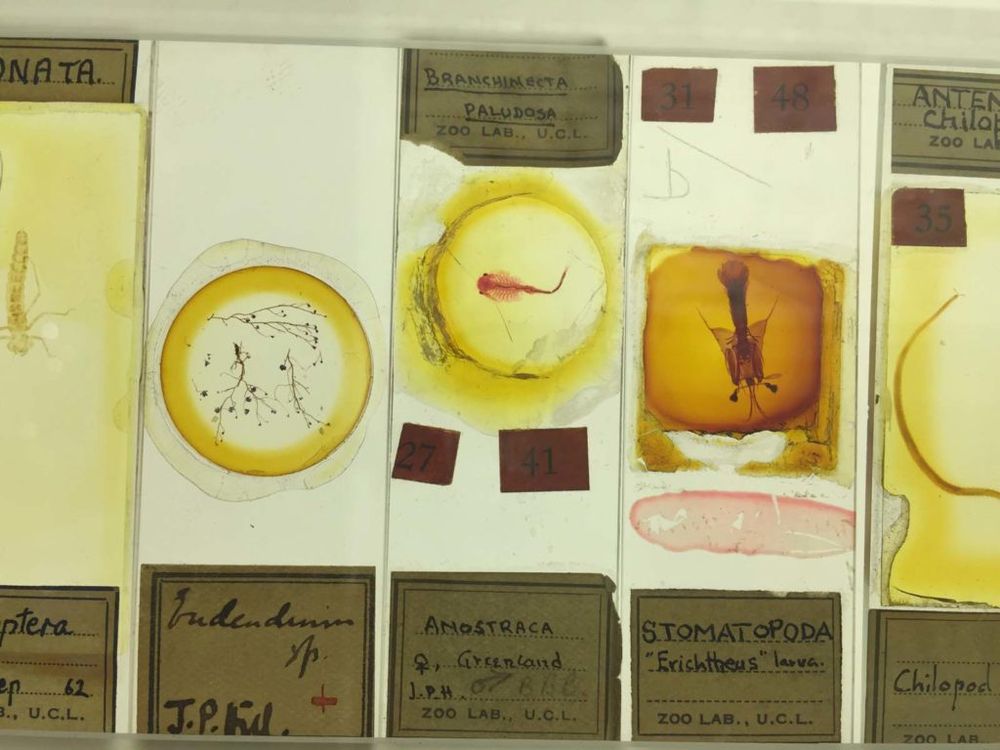 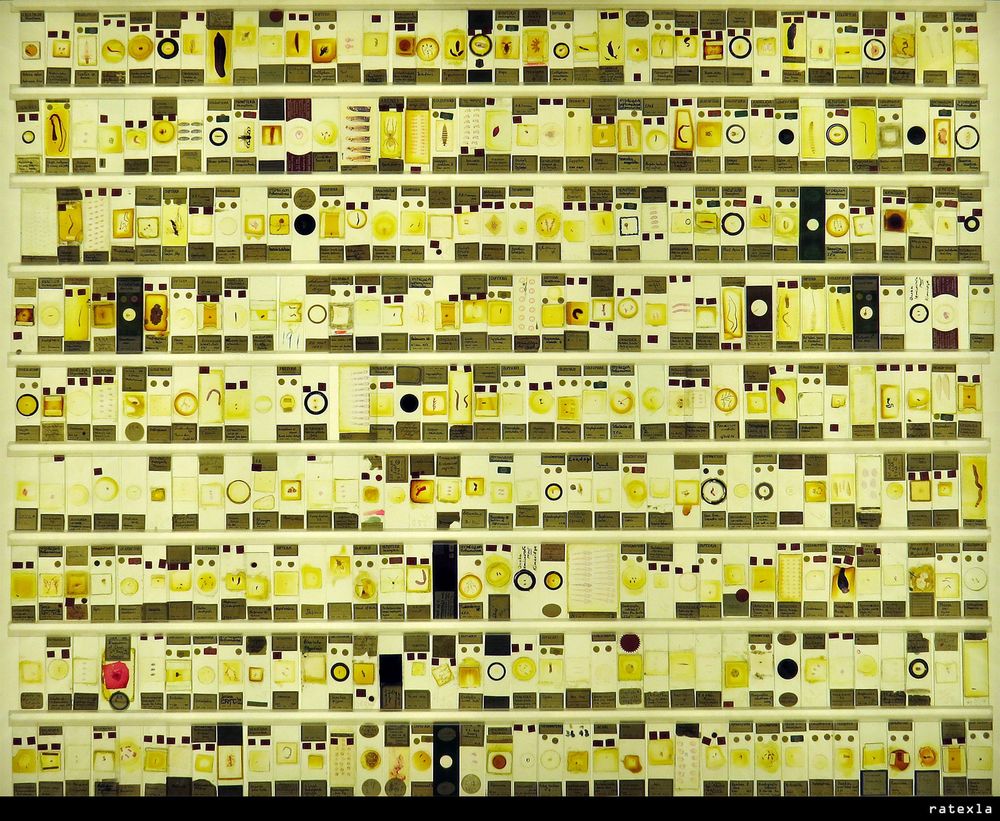 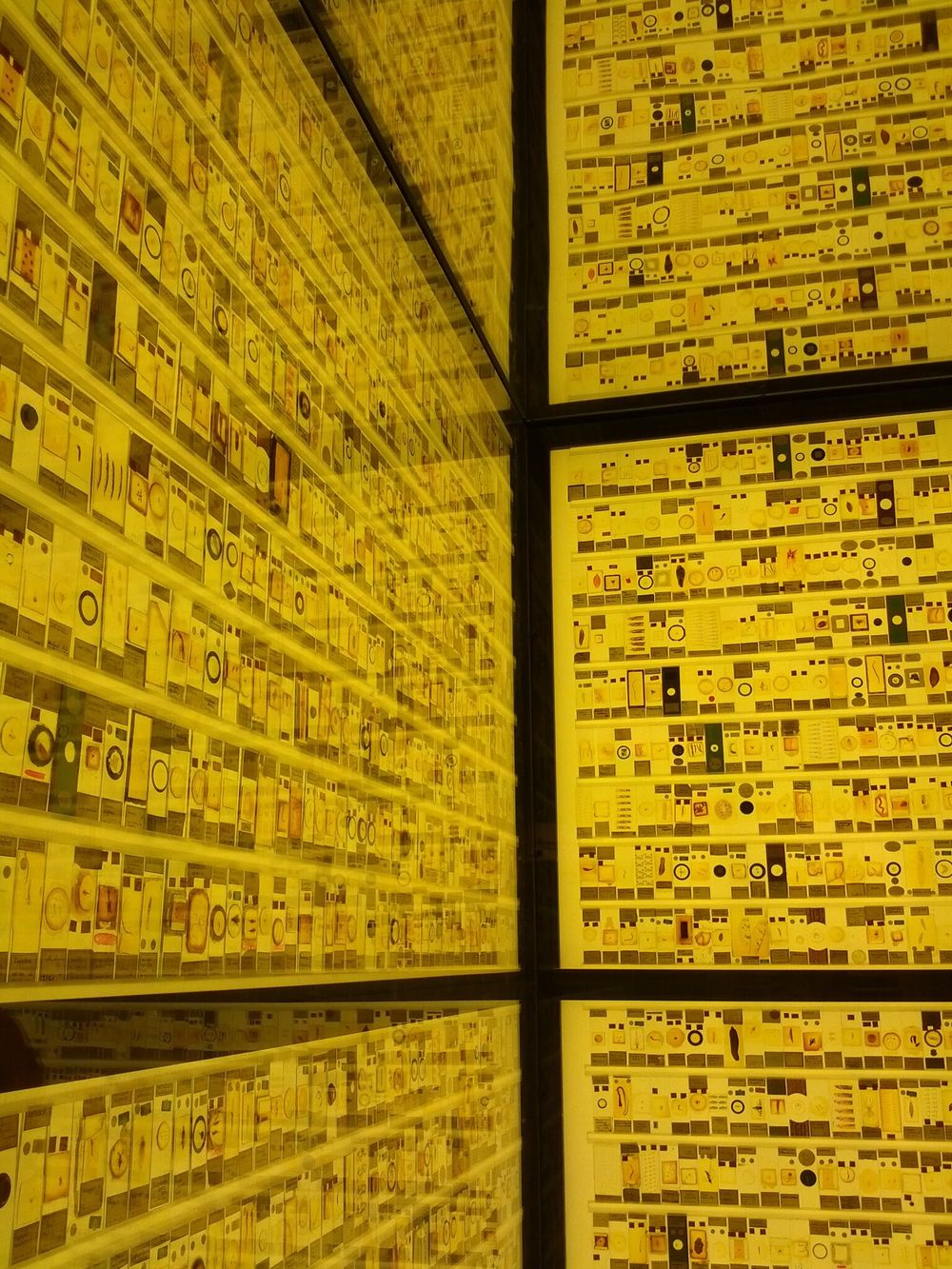 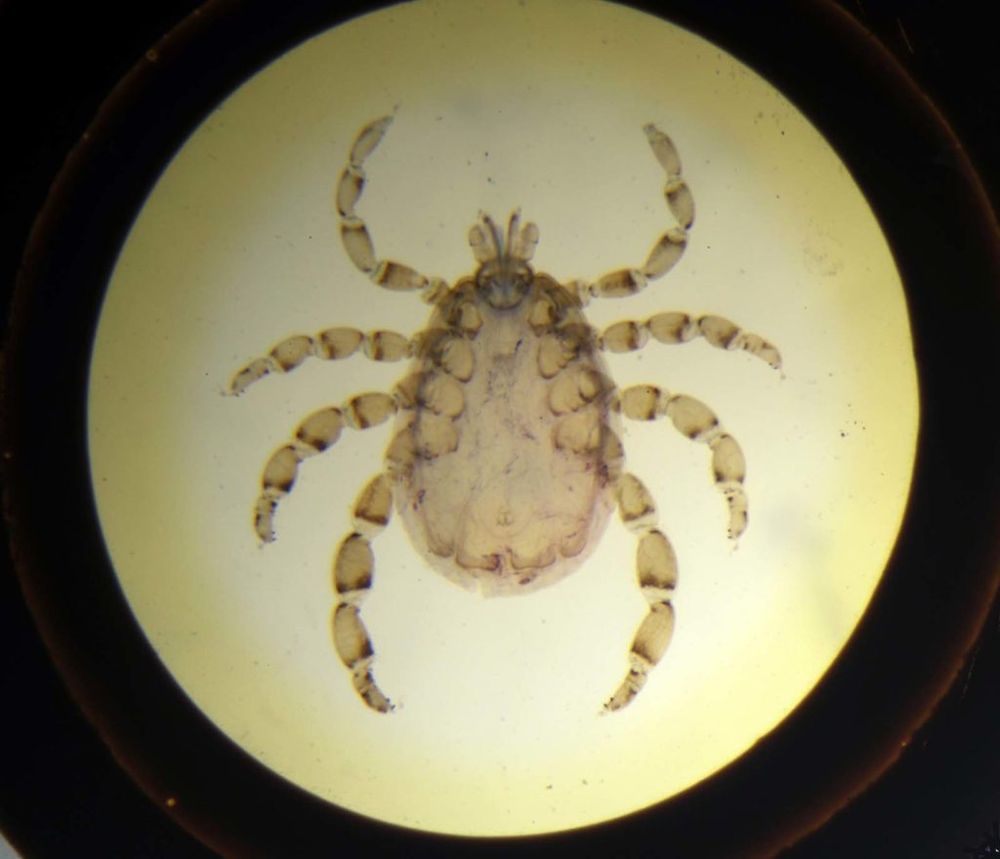 A slice through a tortoise mite. Photo: Grant Museum of Zoology / Richard Weedon 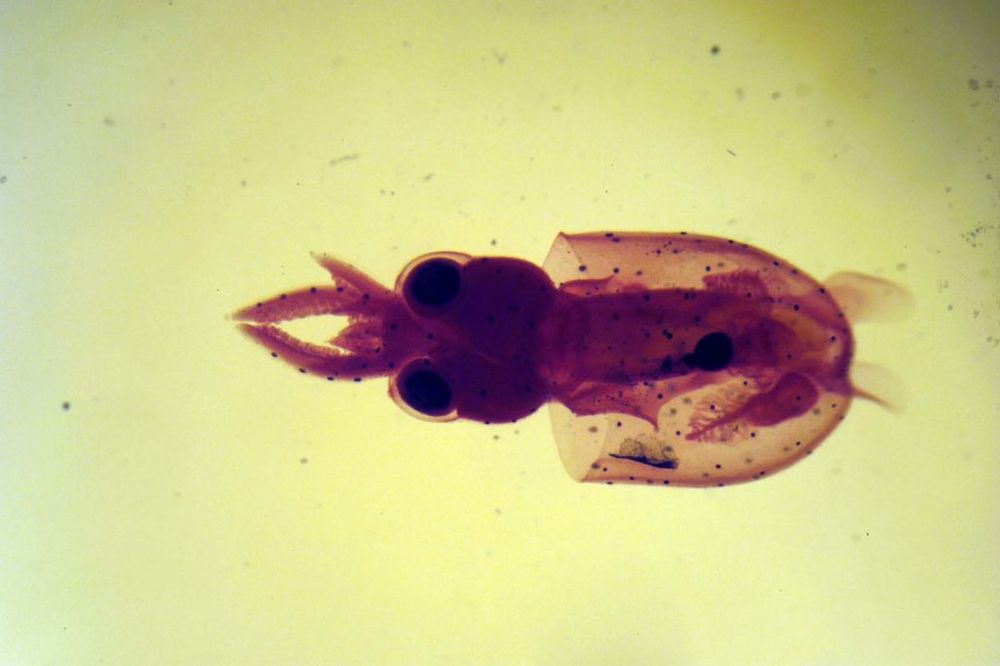 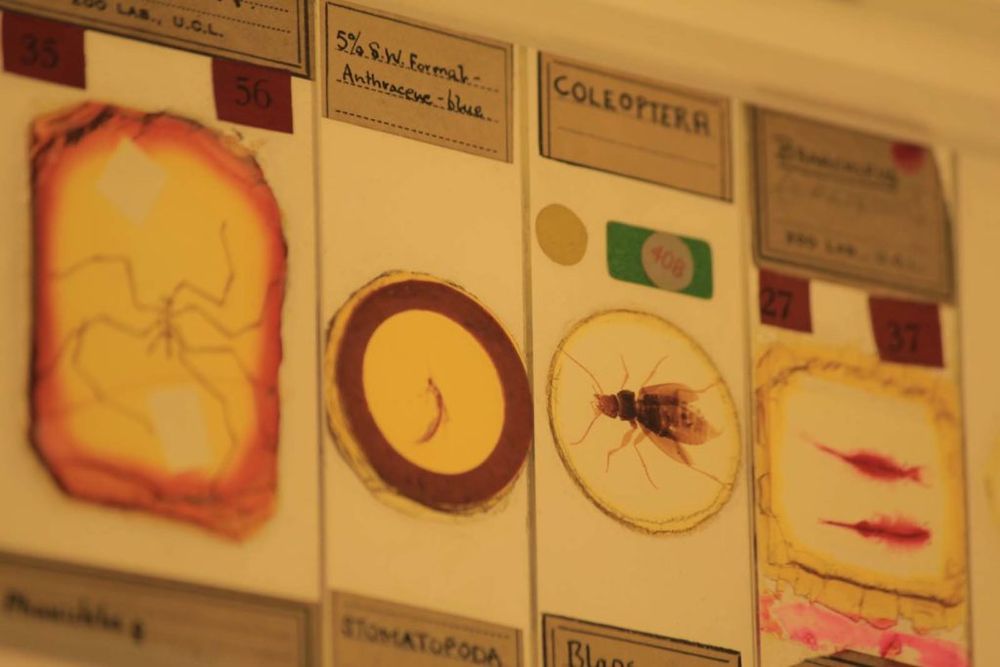 @nicolerichie/Instagram US star Nicole Richie’s 40th celebrations were straight fire – literally. The Making the Cut judge celebrated her birthday on Tuesday, September 21, alongside some...
Read more

This haunted doll was the inspiration behind Chucky films

Alamy Anyone who’s seen the Child’s Play movies would no doubt hope they were purely fictional, but as it turns out there’s a real-life doll...
Read more

New DNA sequencing technology is giving us a first glimpse at what ancient men looked like — before they were mummies. Using DNA extracted from...
Read more
Previous article2,400-Year-Old Body Preserved In Bog Still Contains Last Meal
Next articleCouple’s romantic anniversary meal gate-crashed by a boat load of nudists

Photo: Alvin Mahmudov/Unsplash A young Romanian man's best night turned into a nightmare after being thrown into the...
Read more

‘A Normal Day In Russia’: 96 Of The Most Bizarre Things People Spotted In Russia

Russia is a country of contrasts and peculiarities. Many people on the internet romanticize Russian and Slavic culture and point out the sometimes harsh...
Read more

Rollercoasters are both fun and terrifying. Terrifyingly fun, actually! If you’ve ever been on one, odds are that all the twists, turns, and adrenaline...
Read more