The exploding ant of Broneo

The world is home to many weird and wonderful creatures.

In Broneo, Malaysia, there is an ant species that would sacrifice itself to protect its colony: by exploding.

Yep, you heard that right; they sacrifice their limbs and body just to make sure that their ant buddies can survive. This ant species is the bomb.

According to National Geographic, the exploding ant species has been discovered for more than a hundred years now, but they’re very rare, and can only be found in Malaysia (in the forests of Borneo, to be exact) and some parts of Brunei.

The brownish-red ant is just as tiny as any ordinary ant, but it is equipped with an enormously enlarged mandibular (jaw) gland.

In case you’re wondering, that excessively enormous gland produces and stores a toxic yellow gunk.
The exploding ant is considered as a soldier ant, which means that its main job is to protect the colony.

When a larger predator (such as a spider) invades the colony, the ants will lift their rumps as a warning. If the predator disregards the warning, things will get out of hand.

An exploding ant or ants would bite down on the predator and slant their backsides in close.

The ants would then tighten their abdominal muscles to build up the poison before bursting their mandibular glands and spraying the deadly and sticky fluid in all directions from the anterior part of their head, much like a time bomb. 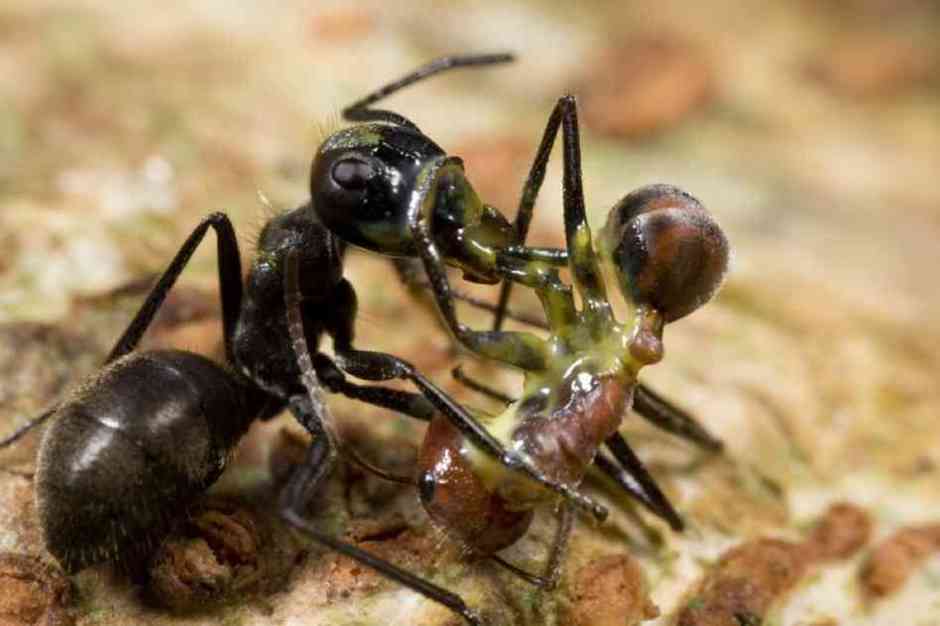 The secretion, which acts as a chemical irritant and contains corrosive elements, is powerful enough to kill the predator, but if it’s large and lucky enough to escape the kamikaze attack, but imagine a colony of suicide bombers, the odds are not in your favor.

Unfortunately, the exploding ants will die, but teamwork makes the dream work.

@malwaretech/TikTok A surveillance expert has broken down how you can check for any hidden cameras in an Airbnb or hotel. The idea that you could...
Read more
Previous articleWoman told her ‘guardian angel’ back tattoo looks like a girl eating ass
Next article‘Human Satan’ Says ‘The Sinister’ Made Him Transform Into Devil