This is the moment a sneaky seagull stole a bit of an 11-year-old’s Mr Whippy without him looking — before the boy continued to eat the ice cream.

Hugo Holzer, 11, was being photographed enjoying the treat on Brighton Pier in East Sussex by his mother Kasia when the bird interrupted proceedings.

The mother of three took a first photo showing her son beaming as he holds his double cone, which was smothered in chocolate sauce and adorned with two flakes.

The next shows him enjoying the ice cream seconds before the bird swooped down from behind.

But a dramatic third shot shows the greedy gull to stealing a mouthful of Hugo’s ice cream while he was licking it. 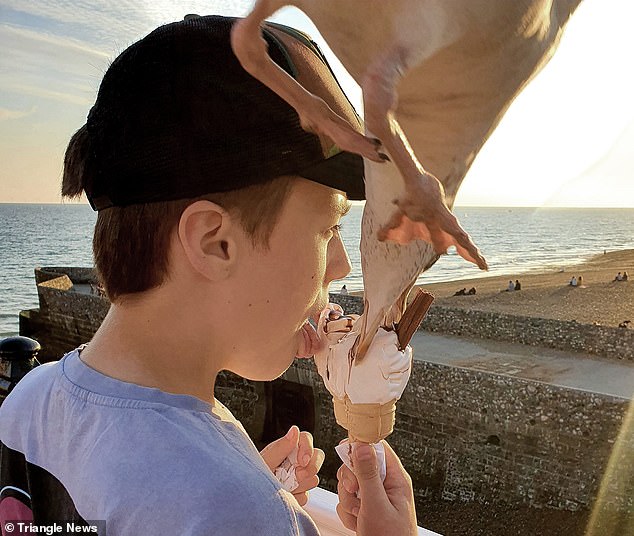 Hilariously, he continues to stare absentmindedly out at the sunset while his ice cream is tucked into on Wednesday.

Luckily, the pesky bird didn’t steal the flake — and Hugo decided to eat the rest of his ice cream after the bird flew off.

Kasia, 38, of Brighton, East Sussex quipped: ‘Moved to Brighton from London three years ago now and probably should know better what those birds are capable of.

‘I was just capturing him enjoying his ice cream while watching the sunset. Totally forgot that we need to watch out for the seagulls.

‘I was so content in that moment. The bird only took a bite of the ice cream. Even missed a flake. 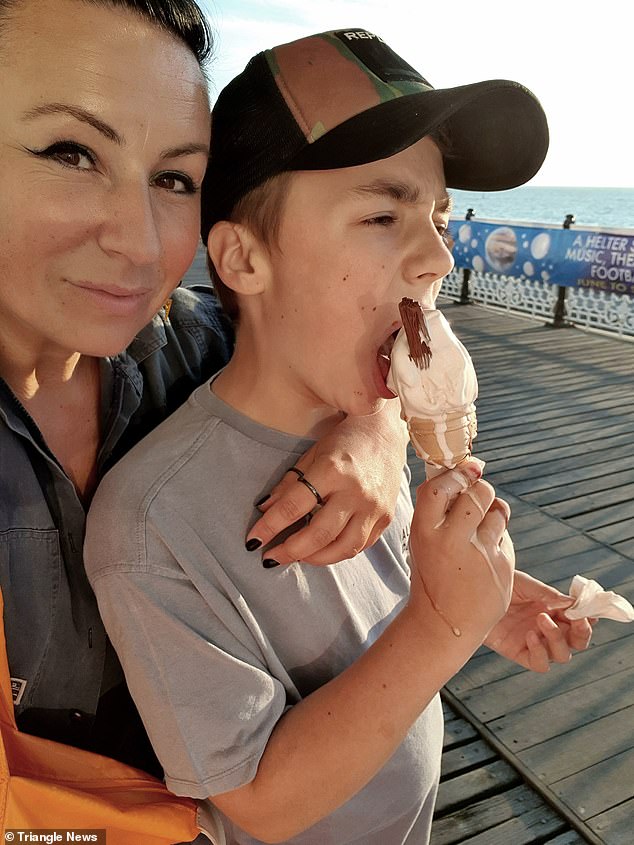 His mother Kasia, 38, took a series of photographs showing Hugo enjoying the treat before the gull interrupted

‘Hugo decided to continue eating the ice cream: five seconds rule. He was in shock and he wasn’t impressed!

Unsurprisingly, she admitted they are not keen on seagulls.

‘Well, they’re not our favourite birds out there,’ she said. ‘We love the sound of them, while indoors!’

She posted the funny snaps online and floods of people praised her photography skills and Hugo’s bravery.

‘What an amazing shot,’ said Carol Exall. ‘What a brave lad, too — I’d have run a mile and screamed the place down!’

@malwaretech/TikTok A surveillance expert has broken down how you can check for any hidden cameras in an Airbnb or hotel. The idea that you could...
Read more
Previous articleEvangelical Pastor Says Jesus Hasn’t Returned Yet Because People Are Not Donating Money
Next articleRoyal Australian Air Force Plane Weaving Through Skyscrapers Divides Opinion