Devon Island in Baffin Bay, belonging to the Canadian Arctic Archipelago, is the largest uninhabited island on Earth, and for good reasons. The ground remains frozen for almost the entire year, particularly the eastern third of the island which is permanently covered by an ice cap some 500 to 700 meters thick. For only a brief period, lasting 45-50 days, during the height of summer, the ground is snow-free. Summer temperature rises barely about 8°C. The average annual temperature is -16°C. In other words, Devon Island is a barren wasteland, dominated by frost-shattered rocks and nearly devoid of plants and animals. But for scientist and researchers, Devon Island is an extremely interesting place. Its desert setting and harsh climate is very similar to conditions on Mars. 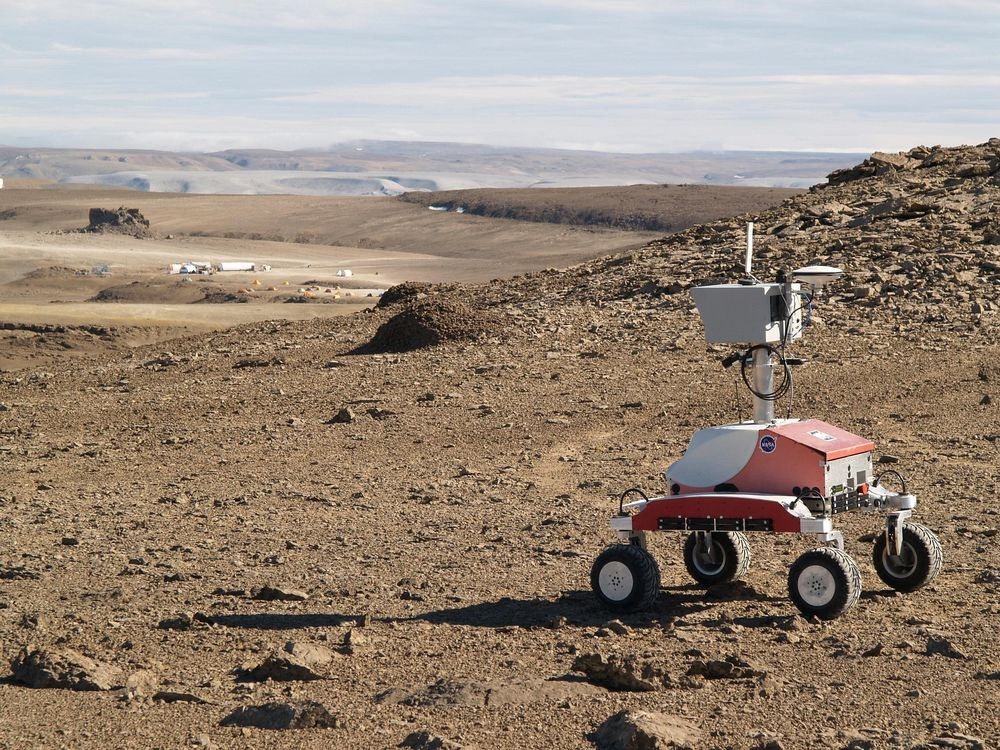 Since 2001, Devon Island has been the summer home for a group of people working on an international research project called the Haughton Mars Project (HMP) that studies how human explorers might live and work on other planetary objects, in particular on Mars.

“Devon Island’s barren terrain, freezing temperatures, isolation, and remoteness offer NASA scientists and personnel a number of unique research opportunities,” reads the project’s information page on NASA’s website. “Other factors, such as the Arctic day and night cycle and restricted logistics and communications capabilities, offer fitting analogs for the challenges that crewmembers will likely face on long-duration space flights.”

Operated by the Mars Society and primarily funded by NASA, the research is based out of the Flashline Mars Arctic Research Station (FMARS), located on a ridge overlooking the Haughton impact crater, a 23 km diameter crater formed approximately 39 million years ago when a 2 km diameter projectile slammed into the earth. The incident was so violent that rocks as far below as 1.7 km was brought up to the surface. Because there is no flowing water due to the freezing temperature, weathering is minimal. As such, Haughton retains many geological features that craters elsewhere lose to erosion. The Haughton impact crater area is said to have one of the most Mars-like terrain on earth.

Devon Island is not entirely devoid of life. The Truelove Lowland area, on the northeast coast of Devon Island, is relatively warm and wet and has some vegetation and, surprisingly, some wildlife too. In fact, the high summer temperature of 8°C and those 50 days of snow free ground occur in this area. The lowlands are poorly drained favoring the growth of some moss over which Musk-Oxen graze year-round. The cold and wet soil is inhabited by invertebrates such as worms, protozoa, midge and fly larvae. The island also has a few bird population. 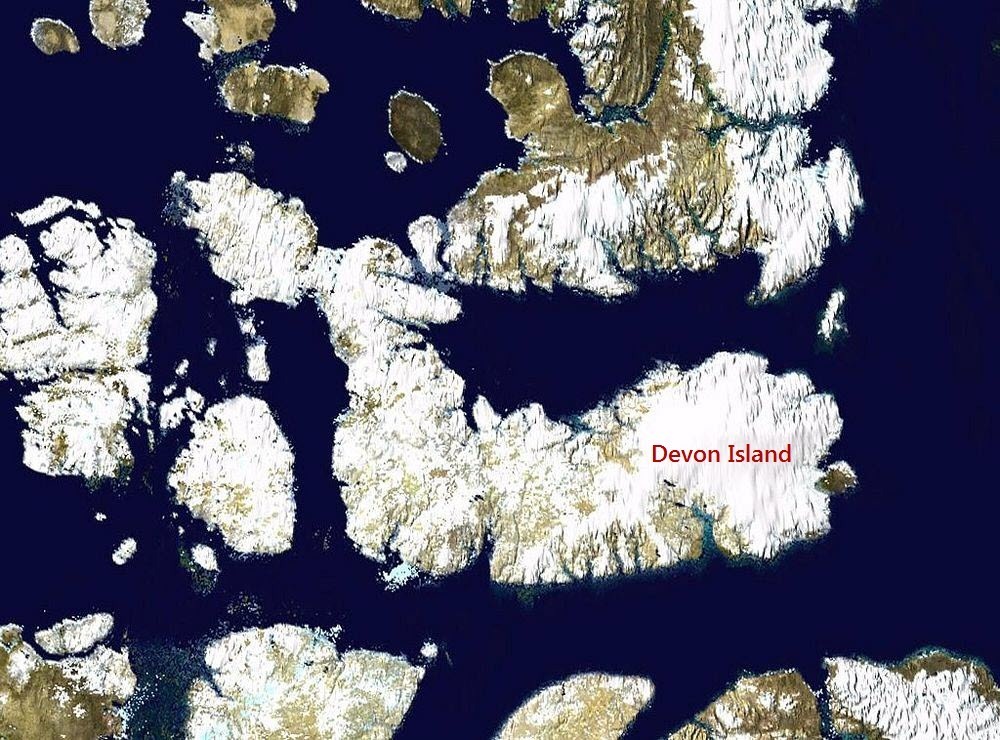 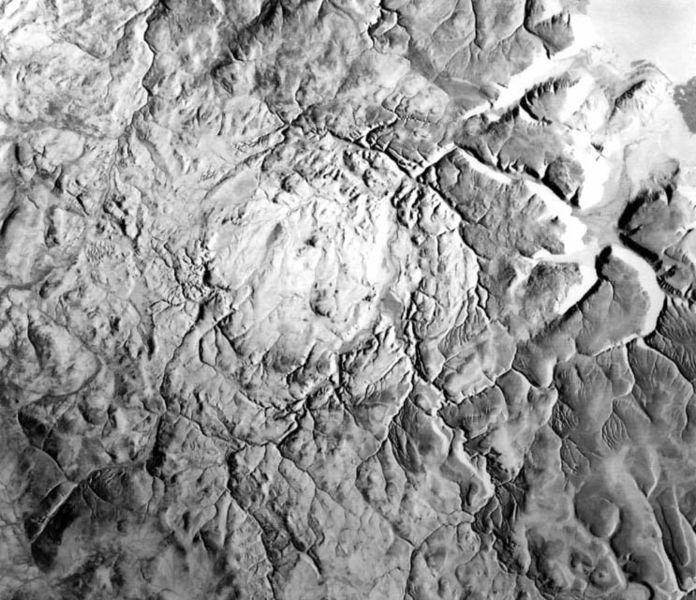 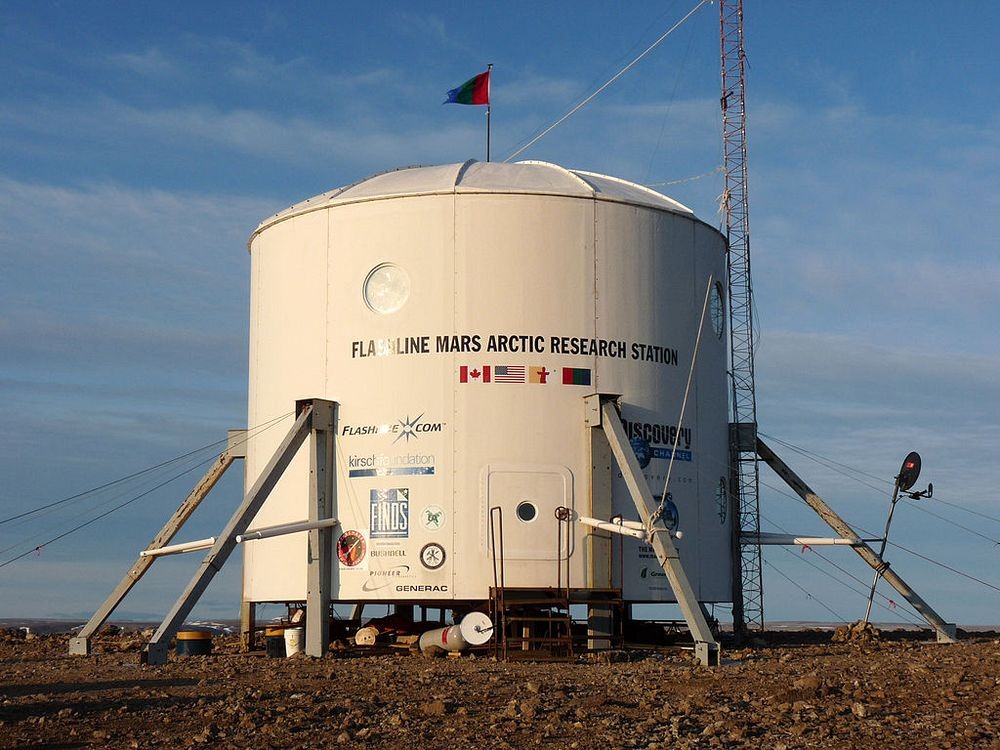 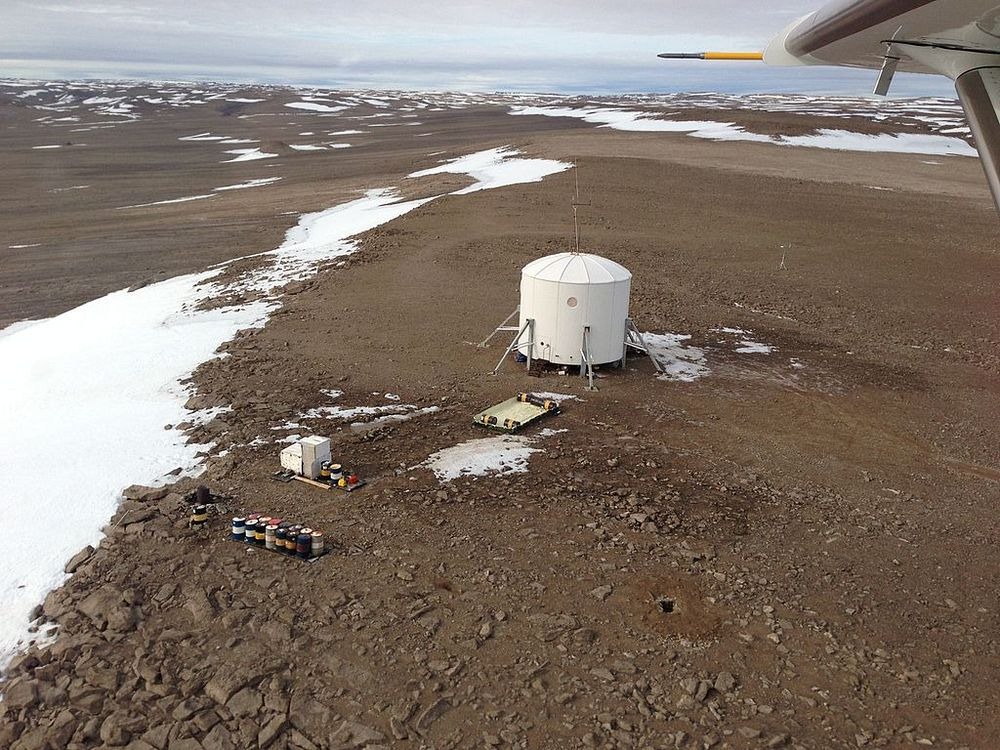 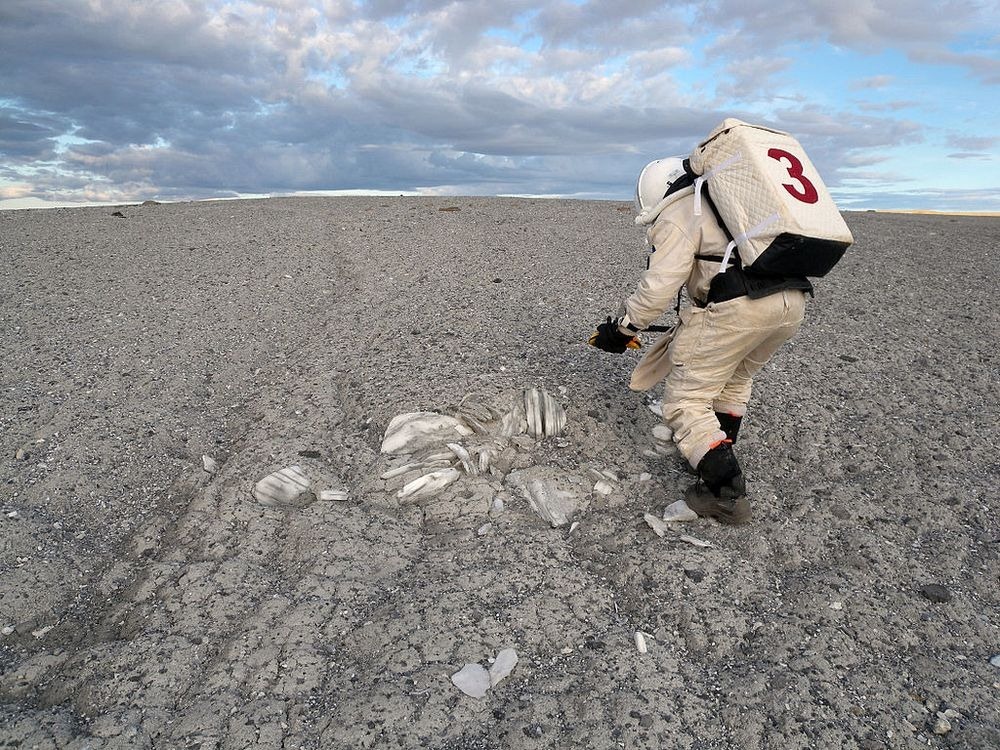 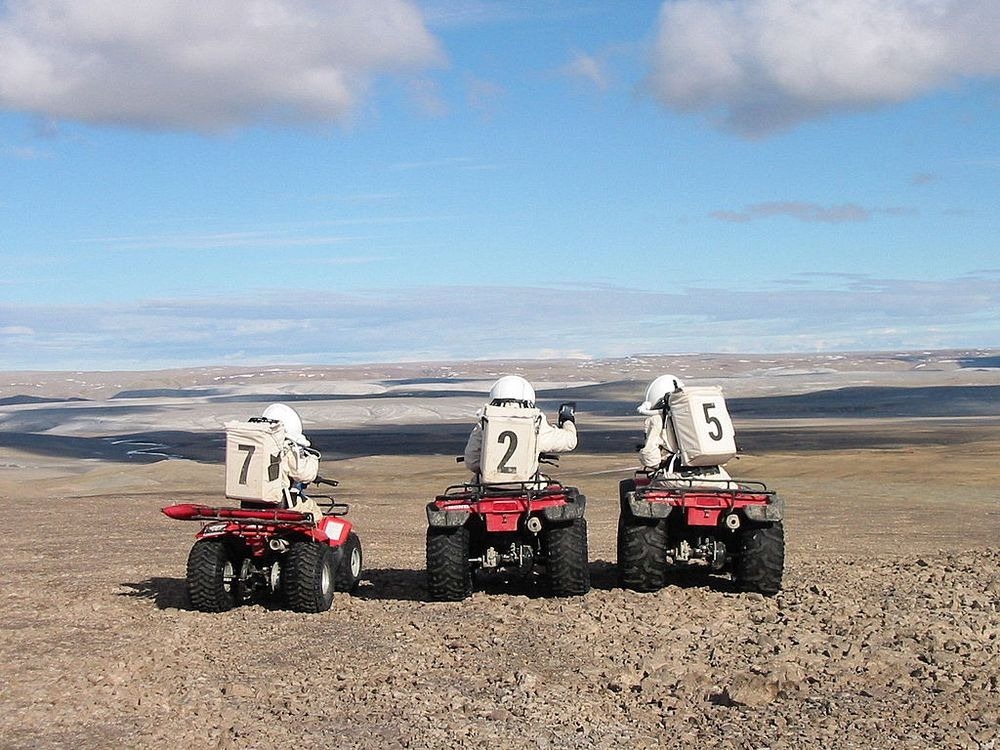 Crew 7 members on a motorized EVA on Devon Island in July 2002. Photo credit: The Mars Society/Wikimedia 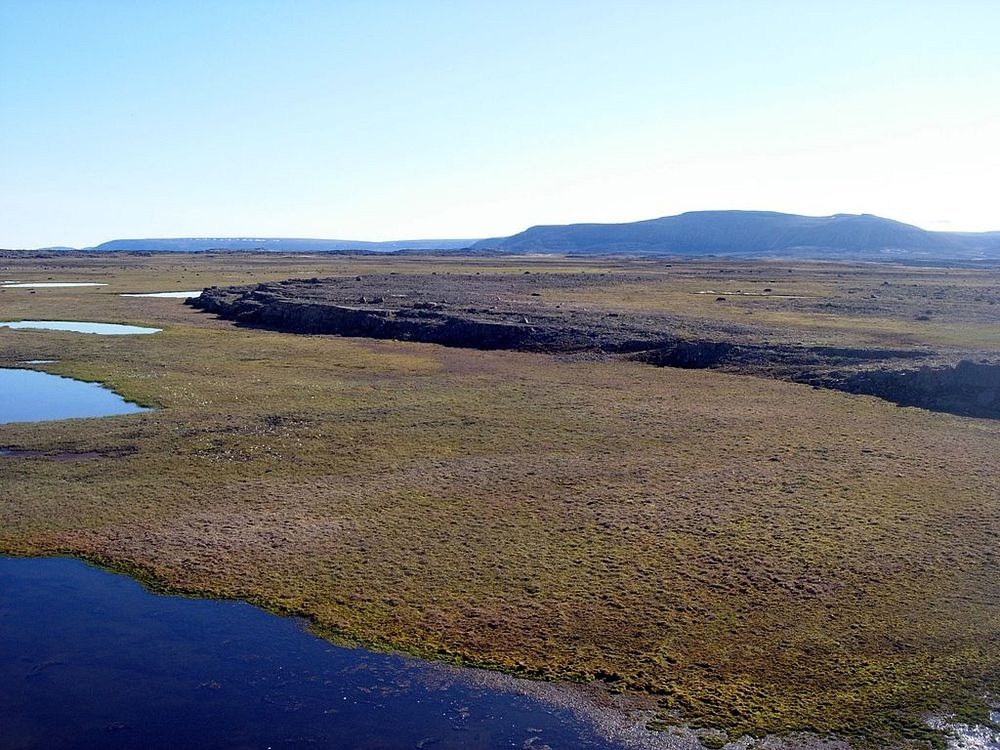 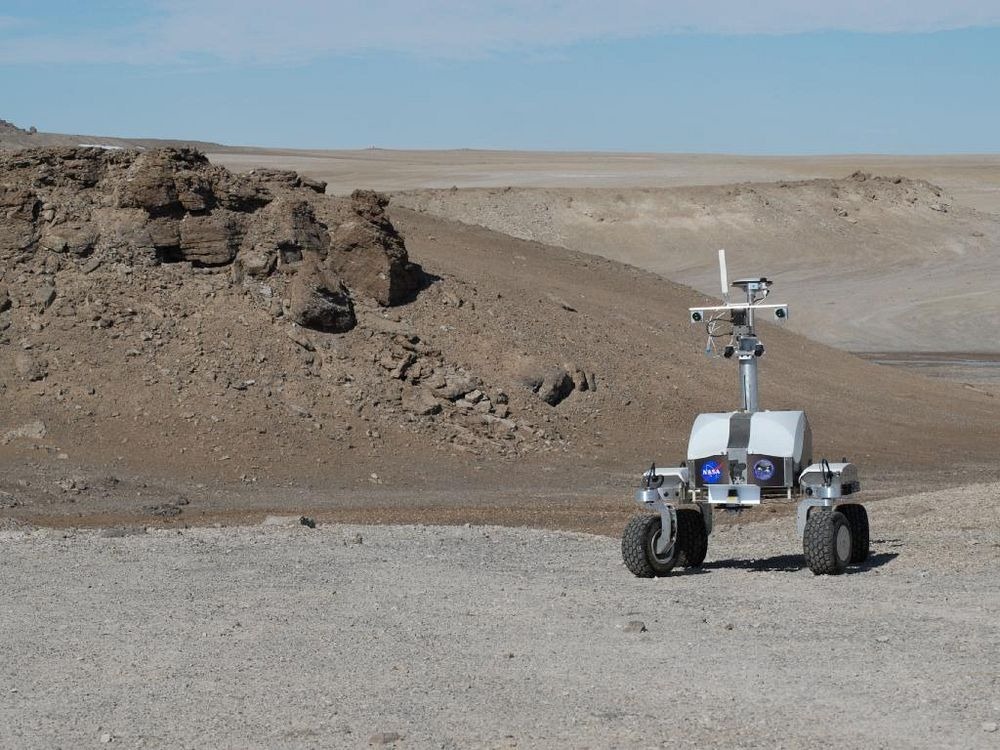 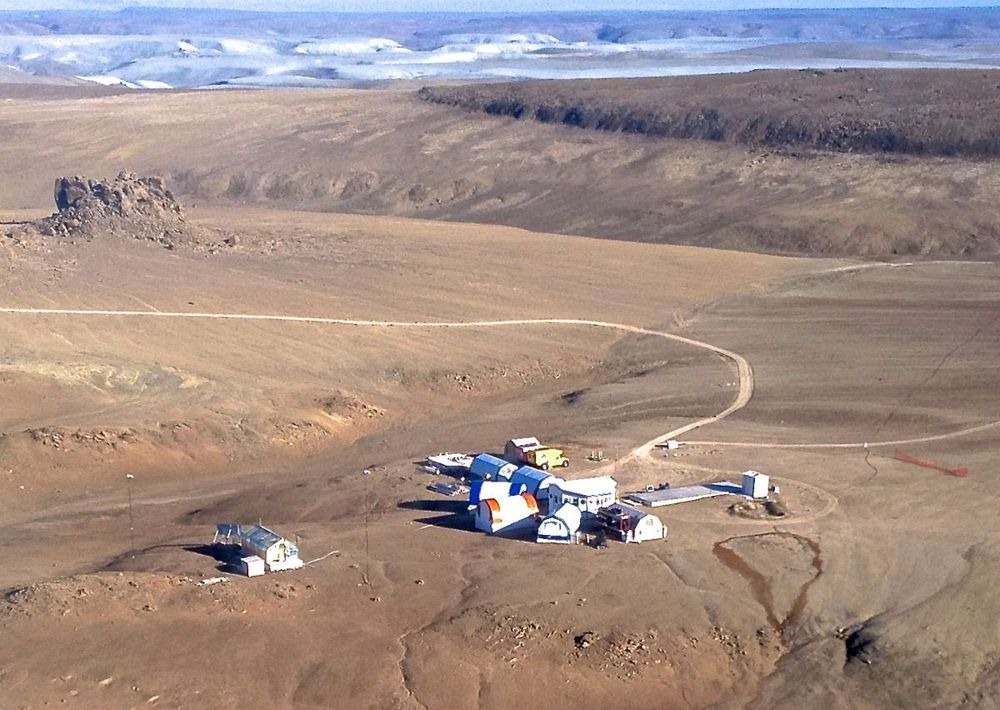 Russia Threatens To Leave International Space Station Over US Sanctions

Russia is threatening to leave the International Space Station because of sanctions enforced by the United States.  Tensions between Russia and the US are longstanding....
Read more

Police in Suffolk arrested an unusual suspect this week, after detaining a giant tortoise that had wandered more than a mile away from its...
Read more

Liza Gulyaewa has gone viral on social media, after she shared a photo of her 45-year-old mum who looks so young that she could...
Read more

Think you were a pro at Wii Sports? Think again, because you probably didn’t have this bowling ball accessory.  Back in 2006, Wii-mania took over...
Read more
Previous articleWorld’s longest pedestrian suspension bridge opens in portugal
Next articleHubble Telescope Shows Astronomers How a Giant Planet Grows