Authorities rescued a man who said he had been trapped for two days inside a large fan at a Northern California vineyard.

The man was discovered Tuesday by a deputy responding to a call about a suspicious vehicle parked near the winery in Santa Rosa, the Sonoma County Sheriff’s Office said in a statement. 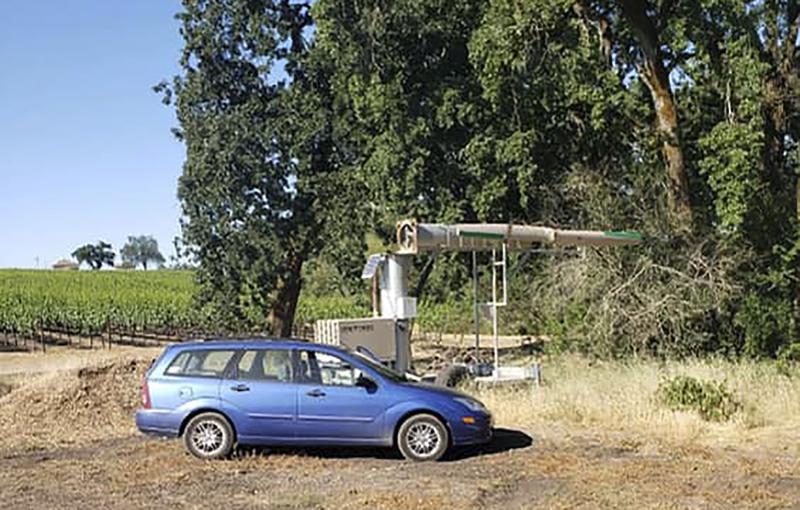 The deputy saw a hat on a piece of farming equipment and then found the man stuck inside the shaft of a vineyard fan. Firefighters rescued him.

“The man indicated he liked to take pictures of the engines of old farm equipment,” the statement said. “After a thorough investigation, which revealed the farm equipment wasn’t antique and the man had far more methamphetamine than camera equipment, the motivation to climb into the fan shaft remains a total mystery.”

The 38-year-old man required medical treatment but is expected to make a full recovery, the office said.

The man will be charged with trespassing and drug possession, as well as violations of a probation case, the statement said.

Vineyard fans are used to circulate air across vines to keep grapes from freezing during colder months.

Scientists have been able to take a close look at the last meal eaten by a man in the Iron Age after his body...
Read more

Mobile phone brand Nokia has revived it’s one time best seller - the easy to use 6310, 20 years after it was first launched. The...
Read more
Previous articleChocolate-covered cicadas a hit in Maryland
Next articleBalenciaga has teamed up with Crocs to create stiletto crocs