Many fishes are attracted towards light just as moths and flying ants are—a behavior that fishermen around the world exploit to bring them together and keep them in one place until they could be caught. Most fishes that are caught using light are pelagic fish, such as herring, mackerel, sprat, anchovy, and sardine. These fishes spend most of their time swimming near the surface of the water, making them easy to prey upon.

In earlier times, fishermen used oil lamps or flaming torches. Modern fishermen use electric lights run by diesel generators. But in Taiwan, a small number of fishermen are keeping the ancient tradition alive by using fires lighted at the end of bamboo sticks with the help of chemicals—sulphur mostly— to drive thousands of sardines to the surface in a mad rush. 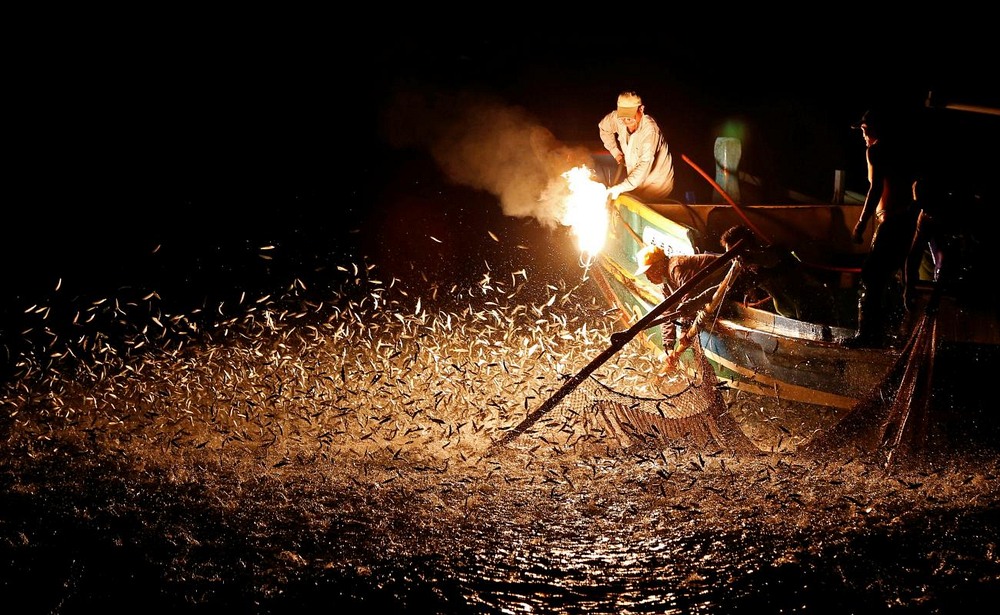 Nearly three hundred boats used to set sail off the northeast coast of Taiwan each night in search of sardines, but now only three are engaged with the traditional fire fishing method, according to a 2016 Reuters article. The thirty or so remaining fishermen who operate these boats from Jinshan, north of Taipei, have a three-month seasonal window from May to July where they can catch sardines using fire.

The fishermen spend up to six hours a night at sea during this period. On a good night of fishing, they might catch between three and four tons of sardines, which can earn them over $4,500—a tiny fraction of a larger fishing industry.

Young people are unwilling to continue the tradition because of the exhausting work and unstable pay. They are more likely to work on modern commercial-fishing ships that use electric lights to attract fish where the rewards are better. Consequently, the only ones left holding the torch are all over sixty years of age.

To encourage local fishermen to continue using the traditional technique, the government provides a small subsidy but the incentive is not enough to make up for the dwindling profitability of fire fishing.

A few years ago, the government set up the annual Jinshan Sulphuric Fire Fishing Festival to help promote the practice and spread awareness of its decline. Sightseeing boats now take eager tourists and photographers alongside the traditional fire-fishing boats, providing them an opportunity to see the spectacle up close. 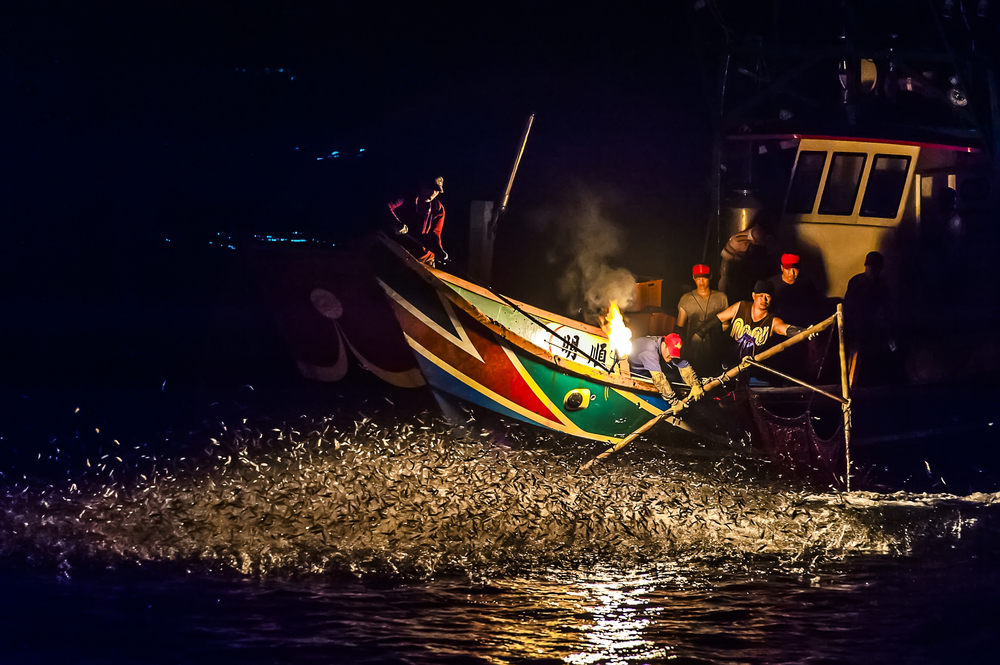 Fishermen use a sulfuric fire to light up the pitch black night in Jinshan, Taiwan. Photo credit: HTU / Shutterstock.com Fishermen use a sulfuric fire to light up the pitch black night in Jinshan, Taiwan. Photo credit: wuzefe / Shutterstock.com 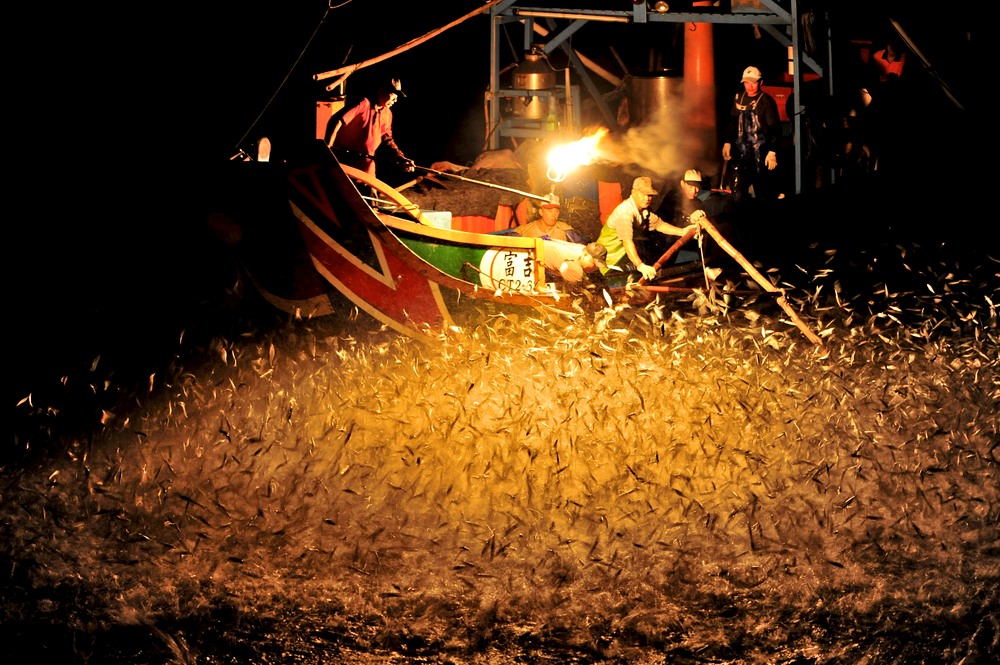 A Nevada body builder crushed a world record when she used her thighs to smash three watermelons in under 8 seconds. Kortney Olson, owner of...
Read more

Serbia’s Volleyball Federation has been fined after a volleyball player made a racist gesture during a game against Thailand. Sanja Djurdjevic could be seen pulling...
Read more

A commercial lobster diver who got caught in the mouth of a humpback whale off the coast of Cape Cod on Friday morning said...
Read more

Authorities rescued a man who said he had been trapped for two days inside a large fan at a Northern California vineyard. The man was...
Read more
Previous articleThe Differences Between 9 COVID-19 Vaccines Explained In Simple Infographics By LaPipette
Next articleMum Whose Teeth Decayed During Pregnancy Shows Off Toothless Smile To Break Stigma

Let’s talk architecture and let's talk Belgium. What do these two things have in common? Well, you probably need no introduction of Belgium being...
Read more