In anime and video games, Tokyo is constantly under siege from aliens, monsters, and all sorts of other terrifying creatures. It’s all good fun, though, because in reality Tokyo is nothing li- 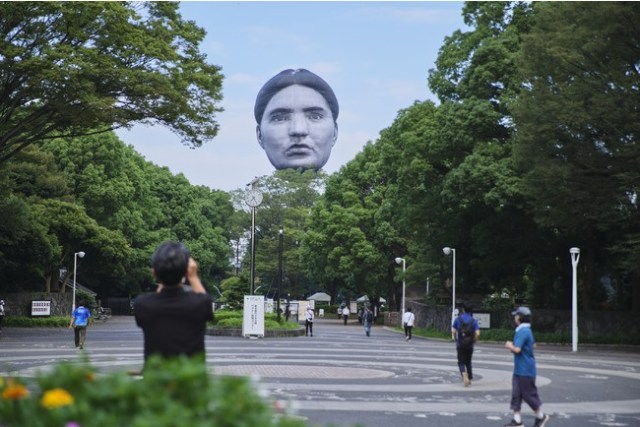 …oh, why hello there, giant head. What brings you to real-life Tokyo this fine day? 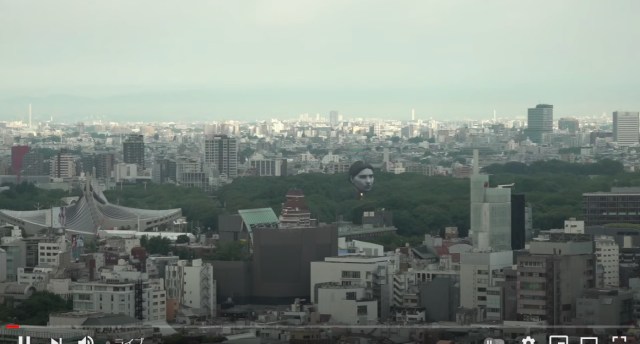 This unexpected visitor suddenly appeared on Friday morning, visible above the treetops of downtown’s Yoyogi Park, not far from the Yoyogi National Gymnasium where a number of 1964 Toky Olympics events were held. While we would have been terror-compelled to comply with any edicts it were to issue, the head gazed out over the city in silence for several hours. 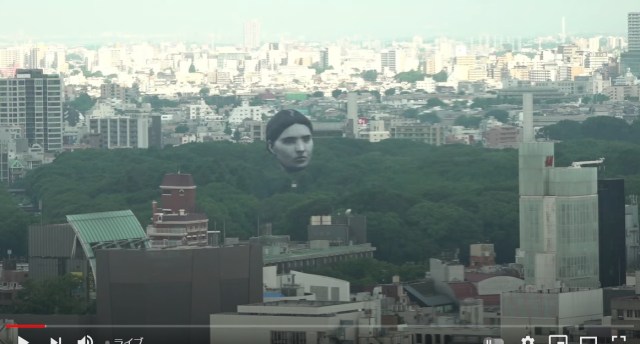 Given the grayscale color scheme and slightly blocky features, you might be tempted to dismiss this as some sort of CG Photoshop job, but these images haven’t been doctored in any way, and several eye witnesses posted photos documenting the phenomenon.

So was this the work of mad scientists whose deep-space probes have incurred the wrath of God-like extra-terrestrials, or ill-advised cultists whose unspeakable rituals opened a rift between our world and another dimension? Neither, actually, as the floating head was, in fact…

…a floating hot air balloon, which is the latest project from modern art group me (pronounced like the month “May,” and meaning “eye” in Japanese). 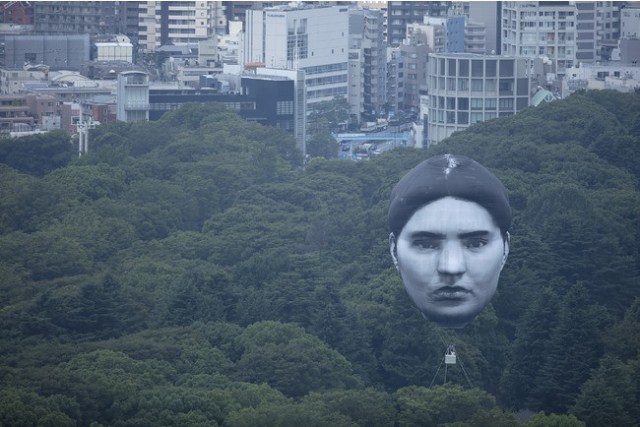 Planning for the project, called Masayume, began all the way back in 2019, and on Friday the were finally ready to show it to the world.

The lack of any widespread prior announcement meant the head caught plenty of people unaware, though perhaps some who’d heard about a similar project me did in the town of Utsunomiya, Tochigi Prefecture, a few years back were better prepared to cope with the shock.

As for why the group chose this particular form of expression, the Masayume website says:

“This face, which is that of an actual person that exists, will be seen from many perspectives through social and mass media. And this face will be looking back at us from the sky of the pandemic, as if to say we must support ourselves in the current situation. It will continue to face these trying times. Looking ahead towards the time when we discover something, we want to continue sharing imagination, no matter what else may be going on.”

Some of that logic may be a bit hard to follow, but we suppose that if you have an idea or feeling that you feel you can best convey by making a giant floating head, it’s probably not a concept that’s very easy to verbalize. 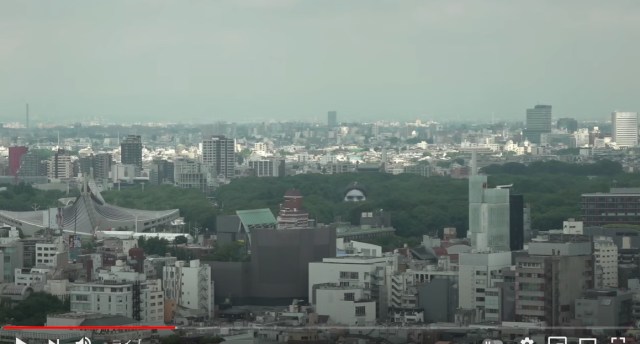 By mid-afternoon, the Masayume’s day was done, and it’s now down deflated. There’s no telling where or when me might send it up again, though, so remember not to scream too loudly if/when they do.

PA/newsforall Five people have been arrested following an altercation in London which saw a man dressed as Spider-Man hit a supermarket staff member. The incident occurred...
Read more
Previous articleMassive ‘Fire Clouds’ Are Dropping Embers On Firefighters Battling US’s Biggest Blaze
Next articleBoy killed by his father after he discovered a series of bizarre photos of him